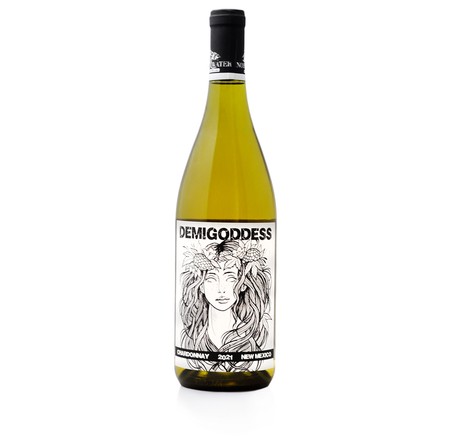 2021 Demigoddess
Proprietary Dry White
Sold Out!
Be the first to review this item »

Part mortal and part goddess, Demigoddess commands reverence.
The aroma of this Forbidden Desert Chardonnay is juicy with pear and a subtle starfruit, an enchantingly curious bouquet that teases the nose with a sweetness unmatched by traditional Chardonnay. At first sip your palate will be met with zingy and crisp apple notes, which marry with puffed pastry and vanilla undertones; the unity of flavors is reminiscent of a green apple tart. The lemon zest finish is satisfyingly refreshing and will leave you in awe (and actually saying “ah”), as you savor the divinity—craving, but not rushing into your next sip. Drink wine; become immortal.